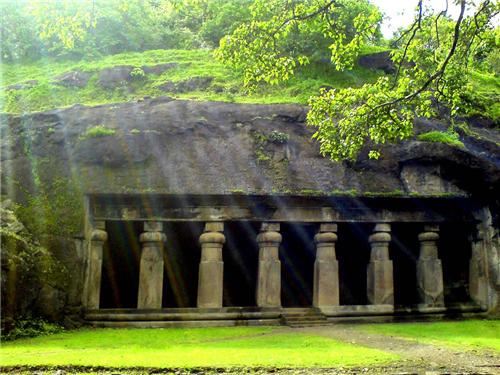 The caves have many beautiful sculptures, carvings, and Lord Shiva temple. Elephanta cave is a UNESCO world heritage site that has been a military, religious and commercial center for centuries back of Buddhist culture.


A trip to the Elephanta Caves in Mumbai will take a person back in time, when religion, faith, hard work, romanticism, and art served as a fundamental thing in daily living.  It is considered one of the most famous tourist destinations in Mumbai and a glorious testimony to the aesthetics of a forgotten world. October to March is considered the best time for visiting this marvelous place.


The building of temples and cut caves here are primarily credited with the Pandava of the Hindu epic Mahabharata, and Banasura, the demon devotee of Shiva. Local people still believe that the caves are not man-made.


Art historians have dated the Elephanta caves in the late 5th to the late 8th-century range. The archaeological excavations have found a few Kshatrapa coins from the 4th century. The defeat of the Mauryan rulers of Konkan in a naval battle, in AD 635 by the Badami Chalukyas emperor Pulakesi II is the start of the known history that is traced so far. 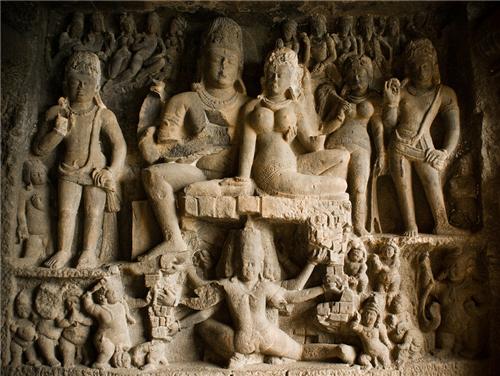 After this war, Elephanta caves were named Puri or Purika and acted as the Konkan Maurya's capital. The Portuguese renamed this island Elephanta Island in honor of an elephant black stone statue. This elephant is now placed in the Jijamata Udyaan zoo in Mumbai.

Portuguese rule saw a decline in the Hindu community on the Elephanta Island and the abandonment of the main cave as a normal Hindu location of worship, though worship on Mahashivratri proceeded and still does. The Portuguese did substantial impairment to the sanctuaries. Portuguese soldiers utilized the relief of Shiva in the major cave for target performance, freeing only the Trimurti sculpture. They furthermore removed an inscription associated with the creation of the caves. The Portuguese left in the year 1661 as per the wedding ceremony treaty of Charles II of England and Catherine of Braganza of Portugal. This wedding ceremony shifted possession of the islands to the British Empire, which has been considered as one of Catherine's dowry to Charles.


Also check out the History of Mumbai

The main cave also called the Shiva cave, the large Cave or Cave 1, which is 27 meters square in design with an auditorium. At the entry, there are four doorways, with three open porticoes and an aisle at the back. The roof of the auditorium has hidden beams supported by stone columns attached by capitals. Different from other Shiva shrines, the entrance of the cave is aligned with the north-south axis. The northern entry to the cave, which has 1,000 steps, is flanked by two panels of Shiva dated to the Gupta period. The left section depicts Yogishvara and the right displays Nataraja. The central Shiva shrine is a freestanding rectangular cell with four entrances, situated in the right part of the major auditorium. Lower shrines are located at the east and west finishes of the caves.

The Elephanta Island is a calm and scenic isle with green foliage and innocuous primates scampering about. One of the major locations to see on this island would be the Elephanta Caves. Upon entering the caves, a huge auditorium supported by large pillars and a large 'Mahesamurti' figurine will greet the visitors. This amazing, three-headed Shiva sculpture is the main attraction of these caves. Other sculptures of Shiva, in the Ardhanarishvara and Shiva Nataraja forms, can also be seen here. The total cave complex is about 60,000 sq. ft and is made up of natural rock. For the photographic enthusiastic persons, this cave always serves as their best place, since the background of the Arabian ocean makes this Elephant-shaped rock structure, a beautiful one. 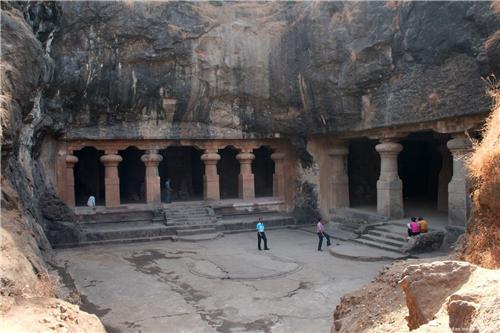 The risks to Elephanta Caves have been recognized as the following, developmental stresses, the anthropogenic force, industrial development along with no risk preparedness plan to address natural calamities and terrorist attacks. Recently a book has been published to make awareness in public to preserve Elephanta caves by UNESCO, INTACH, and the Government of India jointly.

First of all, one wouldn’t believe that they can do some shopping at a small island just off the coast of the Arabian Sea for souvenirs. The local Elephanta souvenir collection can be taken back to their sweet home. People can get into the flea market located just a few steps to the island.This small market is a paradise to shop the lovely sculptures made of jewelry, marble, clothes, and paintings of Lord Shiva, and many amazing products of the woodwork.

Eating Out and Accommodation Options Near Elephanta Caves

If the visitors are interested in traditional Indian food, an MTDC hotel present here offers fine local cuisine at a reasonable rate. There are many other local food restaurants at Cannon Hill and outside the Elephanta caves which are famous for a variety of tea, wild berries, coffee, and other snacks.


No one has permission to stay overnight on Elephanta Island. The Maharashtra Tourism Department Hotel or MTDH provides good accommodation facilities to rest during the daytime and to take a quick siesta.


How to Reach Elephanta Caves

The best traveling option to the Elephanta Caves is to catch a boat or ferry service from the Gateway of India in Mumbai. It may take around 1 hour by sea to reach the Elephanta Caves. You can also choose the economy boats, which charge less for both tickets. The first boat takes off at 9:00 AM and the last boat leaves at 5:00 PM from the island.