Jijamata Udyan is a 52 acre spaced zoo amidst the city which is situated near Mumbai Central next to Byculla Station. People recall this zoo by the names 'Veermata Jijabai Bhosale Udyan', 'Rani Bagh', 'Byculla Zoo' and 'Mumbai Zoo'.
This is the only wildlife park in the city. Established in 1861, was donated by Mr. David Sassoon who was a Jewish businessman known to develop many heritage structures like:

David Sassoon Library- A heritage structure in Mumbai built with yellow Malad stone and with features like Elphinstone college. A bust of David Sassoon is placed at the entrance of the portico.

A statue of King Edward VII was also a gift from David Sassoon and was kept in the fort. But after India's independence, the statue was moved to Jijamata Udyan as a decision made by the Government of India.

The clock tower was erected in 1864 and also known as David Sassoon clock tower. A reminiscent of Italian Architecture with its base plinths and ornamental tiles, this tower stands iconic in its appearance.

The lush green environment of this Udyan sums up to 3213 tress which belong to 57 different origins with 173 genres and 285 species. Amongst these 285, 30 species are endangered and are very rare. Botanical garden of Jijamata Udyan houses many rare flora and fauna species as well.

As the Zoo is concerned, there are 189 mammals of 20 species, 38 different species of birds are present which sums to 449 in count and 9 species of reptiles inhabit which are 43 in number. 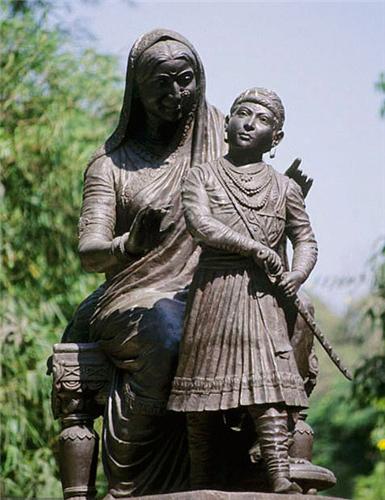 formerly Victoria and Albert Museum (former name) now known as Bhau Daji Lad Museum is the oldest museum in Mumbai and houses under the Jijamata Udyan. It was originally established in 1855 as a treasure house.


Renovation of the Byculla Zoo

Due to certain deaths of Animals that happened in late 3010, Mumbai Municipal Council decided to perform a makeover for this place wherein certain sections and structures would be taken under repair and maintenance. An extra 7 acre of land too would be introduced such that proper circulation and certain spaces can be allocated.