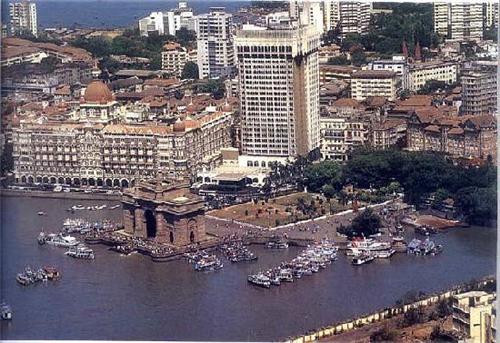 More than half of the people living in Mumbai are of non-Maharashtrian identity. The  major ethnic groups of the city are namely Parsis & Sindhis (South Mumbai), Gujarati (Mulund, Vile Parle,  Kandivali, Ghatkopar, Borivali and some areas of southern Mumbai), South Indian community in areas such as Marol and Chembur.

This rich mix of cultures and religions is the fact that makes the city so special. Being an integral part of the state of Maharashtra, Marathi is the official language of the city however, you can easily spot people using other languages such as Gujarati, Hindi and English.

With an ever increasing number of influx of people, space is a premium entity in the city and with sky touching rates of accommodation, a large part of the Mumbai population dwells in slums or ‘Chawls’, which are multi-storied buildings having several single rooms, and these single rooms are shared by the entire families.

Mumbai is the foothold of the Indian film fraternity that is fondly and popularly known as ‘Bollywood’. This multimillion dollar industry has contributed a lot to the city’s financial stability, cultural diversity, identity and its bonding with regions and religions in every part of the world.

People here are warm, friendly and full of life. Owing to the cosmopolitan nature of the city, all the festivals such as Holi, Diwali, Muharram, Christmes, Id and Ganesh Chathurthi are celebrated here with great fervor and  zeal.
However, due to the reason that the city houses s large population of ‘Marathi people’ the festival of Ganesh Chathurthi is celebrated specially on an extremely large scale. During this festival, the Lord Ganesha is worshiped for ten days and the festival is culminated when people bid adieu to the idols of Lord Ganesha by immersing the in waters.


Victoria Terminus is now known as Chhatrapati Shivaji Terminus. Marine Drive adopted he deco style of architecture. The city witnessed this style of architecture during the years from 1920-1930. With all the magical charisma of the Mumbai culture that hypnotizes people from all over the world, the city is aptly known as “The Dream City of India”.
Read more About Mumbai , History of Mumbai , Monuments in Mumbai, Amusement Parks in Mumbai, Acting Schools in Mumbai, Bars in Mumbai ,