Cricket is religion in India; Sachin Tendulkar is the God and Mumbai is his home. Then what should be the play ground of this God of Cricket? Undoubtedly it is the Wankhede Stadium in Mumbai! 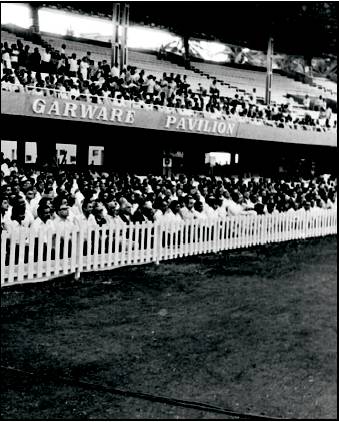 The Sheshrao Krushnarao Wankhede Stadium was born out of a dispute between the Cricket Club of India and the Mumbai Cricket Association regarding seat and ticket allotment at the Brabourne Stadium.
The Mumbai Cricket Association (MCA) rented the land to the CCI from the beginning but the term between then was never too sweet. It was in 1974 that the MCA went ahead to make an all new Cricket stadium (Brabourne Stadium) at just a stone’s throw away from the Brabourne.
Wankhede Stadium is one of the largest and the most popular cricket grounds in India.  This stadium observed numerous memorable and striking performances on both Indian and international cricket players over the years.
Wankhede Stadium hosted the first Test match in 1974-75 between India and West Indies. As India lost the match by 201 runs and sadly bid Pataudi a goodbye from cricket, the Wankhede proudly witnessed an unbeaten 242 by Clive Lloyd.

After two cricketing seasons, India tested their first win at Wankhede against the New Zealand. In 1979-80 the stadium saw two fantabulous performances by Sunil Gavaskar and Alvin Kallicharan. Gavaskar’s 205 ton and Kallicharan’s spectacular 187 in the same match made the spectators at Wankhede go gaga with joy.
For the record, Ravi Shastri hit six sixes in a row and made the fastest double hundred in the history of first-class cricket in 1984-85 during the Ranji Trophy match against Baroda at Wankhede stadium.  The highest score at Wankhede ground was the huge 224 by Vinod Kambli against England in 1992-93 Test series. Wankhede also bid the legend Sachin Tendulkar adieu in his career’s last Test match in November, 2013. 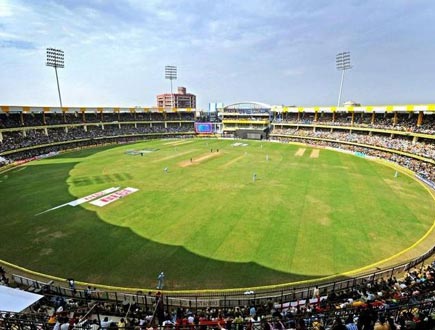 After the dispute with the CCI, MCA went on to construct a new cricket stadium and within only six months the Wankhede stadium was built under the suggestion of S. K. Wankhede. The birth of Wankhede literally marred the popularity of Brabourne stadium. It was bigger than Brabourne and well-equipped with a range of modern facilities.
The accommodation capacity at Wankhede was also greater than the Braboune, it had the seating arrangement of a total number of 45,000. Eventually the stadium has seven stands and most of them are named after the legendary Indian cricketers like Sunil Gavaskar, Sachin Tendulkar, Vijay Marchen, Polly Umrigar and Vinoo Mankad. 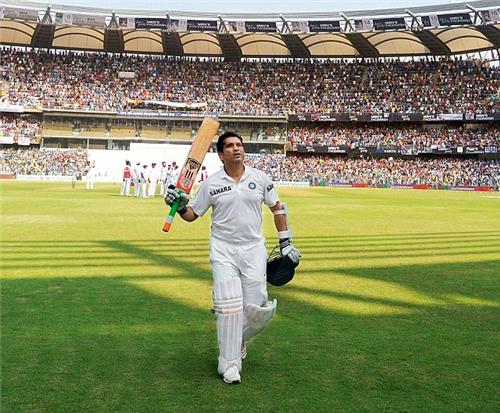 Fact-O-File about the Wankhede Stadium

Explore more about Sports in Mumbai