The Undying Spirit of Café Leopold in Mumbai

In November 2008, the heartbeat of Indian finance was in the grips of terrorists that many believe were bred outside the Indian Territory. The attacks were targeted at the affluent Indian and overseas community frequenting the hotels of Mumbai. As the horrors unfolded, many doubted if this was the beginning of the end of the business community’s interest in Mumbai. 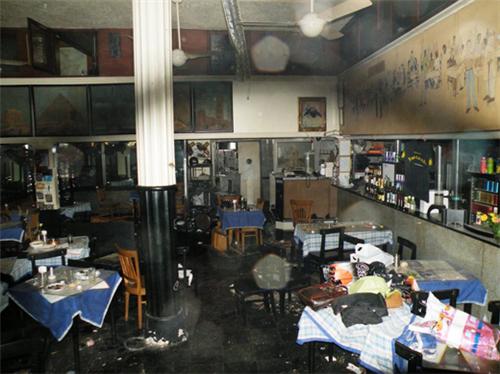 Café Leopold was also the theatre of horrific scenes when armed gunmen opened fire on visitors enjoying their meals on a lively Saturday. The damage that followed was unimaginable in terms of loss of lives and physical damage. For a couple of days, the horror would persist amidst televised conflict. Remarkably though, Café Leopold reopened its gates to visitors just four days after the incident.
The walls were still fresh from the scars of the massacres when this happened. It became a symbol of national resistance against foreign bred hostiles. Café Leopold sent out a strong message to the whole world with a simple act of defiance. This was both bold and statesmanlike for the entire world. Despite the scars of conflict still being fresh on the minds of the employees, no one hesitated to work at the place. Such is the spirit of the café.

Café Leopold was set up in 1871. In the initial years, it was the watering hole for the city’s outlaws. The transition to its modern day avatar as a popular destination for foreign nationals was gradual. The century old café has seen a lot in its history and the attacks of 2008 shall remain the trough of its otherwise great history. The eatery has an air of antiquity about it.
Why not, it has been there since 1871, long before the city took its present form. Overlooking the magnificent Arabian Sea, Café Leopold boasts of antique ceilings and exquisite chandeliers. Café Leopold is among the most noted eateries in the city. Located on the Colaba Causeway, the place serves items from around the globe. The overhear fans that hang from the ceilings have stood as a testimony to the changes of time. On a regular evening, the café can be expected to be jam packed with visitors. In this sense, the resilience shown has been nothing short of remarkable. 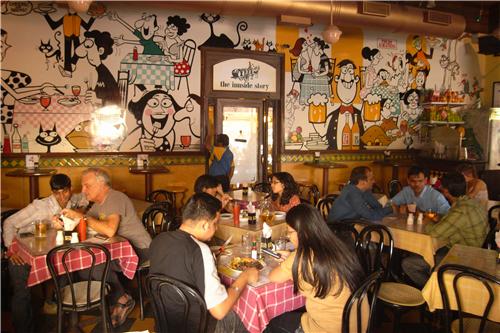 However, the Leopold Café was not isolated in showcasing the gritty nature of the city. Hardly a month passed by before the Taj opened its doors for visitors. The case was similar for the other locations hit by the attack. All these establishments showcase the resolute stand that the community has taken against such pseudo forms of warfare.

Mumbai is a mystique for many. The streets of the city are lined by businesses that began several decades ago. Even the today the city holds vestiges of the colonial period and houses historical places of interest.
Six years on, Leopold café and other hotels have moved on from the carnage and regained the firm support it enjoyed from its patrons. Owners of this restaurants beam in delight while witnessing throngs of visitors enjoying a meal at the restaurants. If anything, the crowds have been more in numbers and the terror strike have only enhanced the profile of the establishment.
Also See: Aravind Hospital | Occupational Therapy in Mumbai | Agrawal Hospital , The best amusement parks in Mumbai | The best honeymoon destinations in Maharashtra | Famous museums to see in Mumbai | The best romantic places in Mumbai, Amusement Parks in Mumbai, Nishiland Water Park, Adventure Sport in Mumbai