One of the pivotal intercity railway stations in the city of Mumbai and an important link in the Mumbai Suburban Railway Network is the Mumbai Central Railway Station – known as Bombay Central (hence the station code BCT) in the bygone yester years and designed by the ace British architect Claude Batley.
In the present day parlance of railway passengers, the station has come to be known as the Mumbai Railway Station, symbolizing the strategic importance that it has in the commercial capital of the country.  Several trains with destinations ranging from Gujarat and Rajasthan in Western India to Punjab and Delhi in Northern India use this station as their starting point in Mumbai. 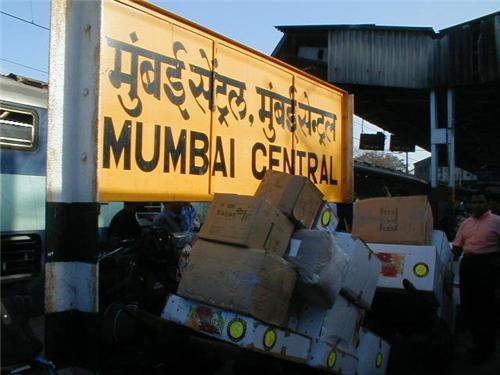 The inception of the plans that ultimately led to the creation of the Bombay Central was facilitated by the Colaba-Ballard Pier Railway Station’s inability to cater to the needs and demands of the burgeoning population of the city.  Later led to the formation of an entirely new division in Western Railway, which is presently known as the Mumbai (Central) Railway Station. The formation of this new unit has paved the way for smoother and more efficient railway services in the Western region of the country.

A very high degree of infrastructural finesse was incorporated in the creation of this railway station – as a result of that, its functionality has rarely been impeded by undesirable red herrings.  The railway station is neatly subdivided into two sections – the Eastern half and the Western half. The Western half caters to the trains running on the Churchgate.
Virar route of Western Railway and the Eastern half facilitates the arrival and departure of several long distance trains that emanate from various parts of the country. 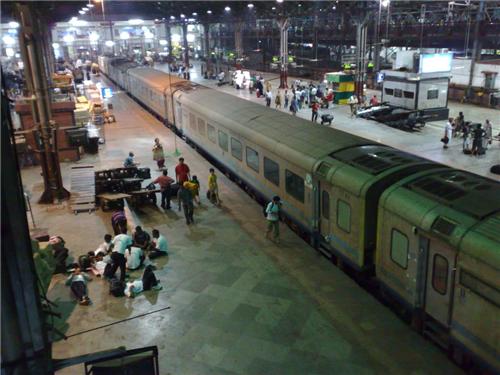 The mainline section of the station is flanked by a computerized Reservation Centre on the eastern side This reservation centre is dotted with a number of ticket booking windows, from which tickets for any train running between any two stations in India can be purchased, given the reservation facility exists for that train.
Unreserved tickets for passenger and express trains are also available at several counters in the station. Automatic Ticket Vending Machines (ATVMs) are also present at various points, providing tickets for the suburban trains. Eateries are present in plenty, scattered all across the Mumbai Railway Station – a McDonald’s outlet is slated to open very soon in the mainline section of the station, and a chain of restaurants popularly known as ‘Rajdhani’ is the most favored source of Indian food in here.
The Bellasis Rail Cafe is located in the vicinity of the station, near the ticket booking office on the south side. Besides the food outlets, newspaper stands and bookstalls lend additional credibility to the effulgent aura of this railway station.