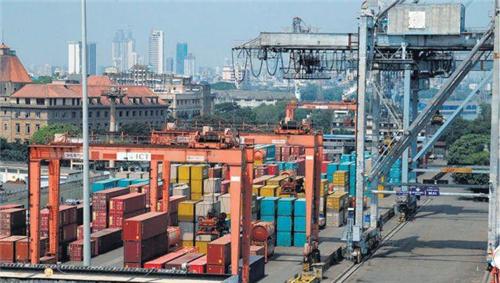 Mumbai port trust is an autonomous body formed by the Government of India, under the Ministry of Shipping to look after the Mumbai Harbor and all the associated activities.
The Mumbai port has been the principal gateway to India since it was founded. It has played an active role in the development of the national economy.
Mumbai Port was India’s first step to the advanced marine trading. It has also developed specialized docks for handling POL and chemicals in the port. The port was designed to handle general cargo, but over the years it has switched according to the upcoming shipping trends and presently considered as one of the most important ports in India.

History of the Mumbai Port

Mumbai Port has been used by ships and boats for centuries. The Prince’s berth of Mumbai Port is world famous. It was used by the Maratha Navy, as well as the British and Portuguese colonial navies. The first one of the presently existing berths of the Mumbai Harbor was built in the 1870s. 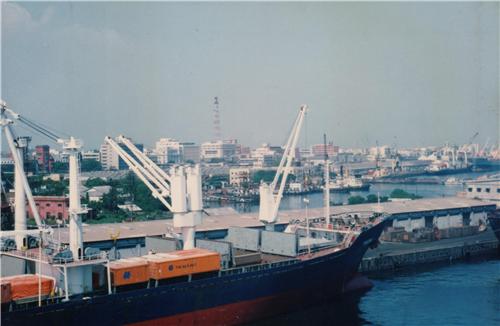 The founding chairman of the port Trust of Mumbai was Colonel J.A. Ballard. The Harbor and the corporation took their current names in the 1990s. Over the last decades, the Harbor has undergone tremendous expansions, with the addition of dock and cargo handling facilities.
However, Mumbai's increasing growth and population caused a decrease in the rate of growth of the port during the 1970s. This led to the foundation of the Nava Sheva Harbor across Mumbai Port in Navi Mumbai on the Konkan mainland. Cruise liners visiting Mumbai usually choose the Ballard Pier Expansion of Mumbai Port as the berth. 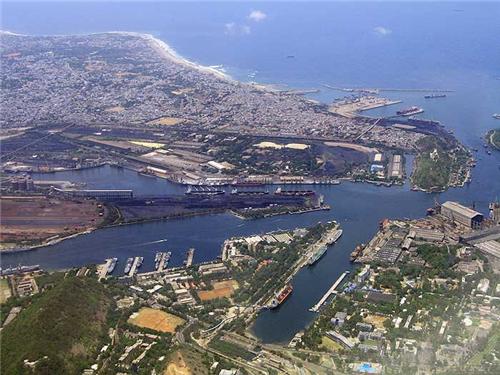 Ships are being unloaded at Mumbai Harbor has three enclosed wet berths. The minimum drafts of these three berths are between 21 feet and 23 feet.
The Harbor has four jetties on Jawahar Dweep. Jawahar Dweep is an island in the harbor used for the handling of crude and petroleum products.
Ballard Pier expansion in the Mumbai port has a passenger terminal with the immigration clearance facilities of cruise liners. There are about 63 anchorage points provided in the Harbor. In the Princess and Victoria berths, ships are allowed to enter and depart only at high tides.

For the effective handling of crude oil and petroleum products, there are four jetties at Jawahar Dweep in the port. Old jetties in the port can accommodate tankers of 170.7 m length while the new one commissioned in December 1996 can handle tankers with a length of 197 m and a draft of 10.5 m. All the jetties are connected to oil refineries by a network of pipelines.

Apart from the wet berths, there are number of bunders and open wharves available in the Mumbai port, where the traffic carried by sailing vessels is handled.

The viz. Hughes Dry Dock is the one and only dry berth in the Mumbai port, inside the Indira Berth. The dock has a 304 meters length.

There are passage sheds at most of the docks and a number of Godowns are provided in the port area for storage of cargos.


Islands in the Mumbai Port

Butcher Island, also known as Jawahar Dweep, is used as an oil terminal in the Mumbai port. It has jetties for tankers and various other frameworks for offloading crude oil and loading refined petroleum products.  Cross Island is a small and uninhabited island within the boundary of the port. Elephanta Island, also known as Gharapuri Island, is the most popular island in Mumbai Harbour.
The Elephanta Caves situated on the island have been recognized by UNESCO as a World heritage Site. The Middle Ground, a small islet in the port witnessed ancient gun batteries of Indian navy. Oyster Rock, a group of rocks in the port which is used for the naval exercises and Salsette Island, the largest island in the region are the major other landscapes in the Mumbai port.

Pollution in the Mumbai Port

Due to the high population in the Mumbai metropolitan region and the intensely busy maritime trade, the Port is considered to be polluted heavily. Heavy metal flux is found in the creeks near to the port. Most of the pollutants in the port are sinking into the creeks, which results in the loss of biodiversity in the area.

Efforts of the Mumbai Port Trust

Mumbai port Trust is the reason behind all the heights achieved by the Mumbai port. The efforts by the Mumbai port trust to improve infrastructure facilities, service processes and quality of service are done restlessly. With an intention to encourage all the port trust employees and their children in their educational career, the trust is complimenting and awarding the employees with cash prizes and certificates every year.
Also Read: Lokhandwala in Mumbai | Chawls in Mumbai | Dadar in Mumbai | Slum Areas in Mumbai |  Bandra Worli Sea Link