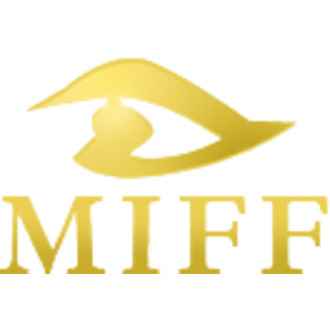 Mumbai Film Festival known as MFF is held every year in Mumbai and needs no introduction in itself. It is organized by the (MAMI) i.e. Mumbai Academy of the Moving Image. It is widely acclaimed film festival in India and over the globe.
The concept of Mumbai film festival was conceived by the late Hrishikesh Mukherjee in 1997. He started a nonprofit Trust named as the Mumbai Academy of Moving Image. The whole effort was intended to make an effort to organize and celebrate a Film Festival at International level which proves to be a matter of pride for the entire nation and the Indian Film industry itself.

MAMI aims to nurture a climate of serious cinema. Dropping down the labels commercial and art cinema, it was aimed to foster and appreciate the good cinema and that could only be achieved by going thoroughly and having a complete exposure to the best films across the national boundaries from the world over.

Actor, producer and author Priyanka Chopra Jonas  is the Chairperson of MAMI in 2021

The section named as "World Cinema" is meant for the screening of the films that are the best, critically acclaimed in other film festivals of international level, have proved themselves at the technical and commercial level and are the award winners.

The section names as "Indian Frame" is basically meant to showcase the best of Indian films to the global audience. This helps in gaining and networking with co-producers, foreign delegates and directors from the world over. Best films that are produced within the same calendar year before the start of the film festival are considered for the screening. 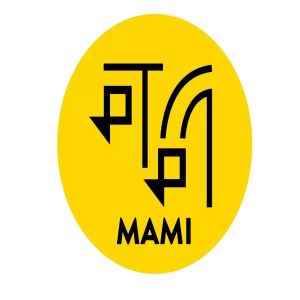 The "Dimensions Mumbai" has proved to be a boon by providing a platform for those young people who belong to Mumbai, are less than 25 years of age, are media professionals and want their work related to films to be noticed.

In the year 2010 a new section for competition was introduced. It was aimed to promote the full length feature films, short films, documentaries and ad-films that are aimed at presenting the fun and happiness that increases with the increasing age.

The best films that prevailed in the bygone era and are yet afresh in the hearts of the young generation are treasured in the section named as the “Retrospectives ". You can definitely feel the nostalgia and the charm of these magical retrograde films. While the "non-competitive section” is aimed at showcasing the films which left out of the International Competition for the First Films of Directors. It includes only the first films of the Directors.

Under "New Faces in Indian Cinema", young, dynamic and emerging directors from India are provided with a platform to screen and showcase their First and second feature films. Whereas the “Reel section” aims at showcasing the best of the feature films and documentaries that have won awards and gathered acclaim for presenting a strong opinion or view related to some social cause, the lives of people and many such related topics.

The tentative dates of the festival 17th edition of Mumbai International Film Festival are 11th March to 15th March 2022.

Juries for International Competition for the First Feature Films of Directors

HANY ABU-ASSAD Head of Jury- Hany Abu-Assad is a Palestine-born filmmaker. He entered the world of cinema as a producer with the feature film Curfew (1994) before he went on to direct several feature fiction and documentary films. The fictional Paradise Now (2005), about two Palestinian men preparing for a suicide attack in Tel Aviv, was nominated for the Academy Award for Best Foreign Language Film and won the Golden Globe for Best Foreign Language film.
JULIE HUNTSINGER- Executive Director of TFF Julie Huntsinger has helped propel the Colorado based festival to the top ranks of international film festivals over the past thirteen years.
MARK ADAMS- Mark Adams is the Artistic Director of the Edinburgh International Film Festival, joining the festival in 2015. He was Chief Film Critic for film trade paper Screen International and as a film journalist and reviewer for more than 25 years he has written for Variety, The Hollywood Reporter and Moving Pictures International, as well as many national newspapers in the UK.
VETRI MAARAN- Vetri Maaran is an Indian film director, screenwriter, and film producer, who works in the Tamil film industry. He made his directorial debut with the critically acclaimed Polladhavan (2007).

There are other Juries as well

Also, the 'Films Division', Ministry of Information and Broadcasting, Govt. Of India, organizes a Film Festival for Short, Animation and Documentary films and it is known as MIFF. The venue for the festival is National Centre for the Performing Arts (NCPA), Mumbai.