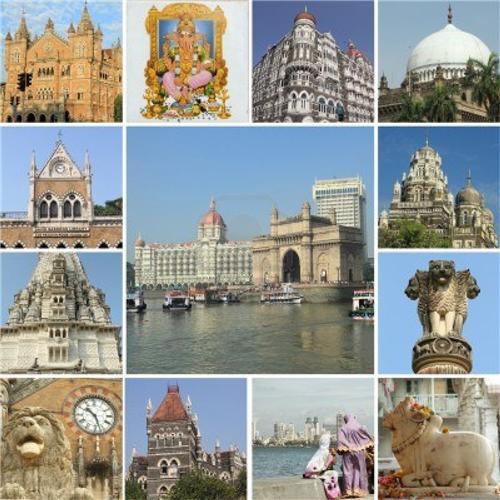 These are the caves excavated during the ancient times in the suburbs of the present Mumbai city. It was a center of Hinduism and Buddhism. From the historical references it is one of the oldest Hindu temples in India. Jogeshwari Caves are located near to Western Express Highway. In order to reach the caves, one needs to pass the long stairs to the main hall.

The pillars and the Lingam at the end of the caves are important attractions of the site. The infestation of bats present in the caves gives a mysterious ambiance to the spot. Dattatreya, Hanuman and Ganesh idols can be seen on the walls of the cave. The location is named after the goddess Jogeshwari, whose idol is kept in the cave. This cave, which is currently under the control of the Archaeological Survey of India (ASI), was selected as UNESCO World Heritage Site in 1987.

The Gateway of India 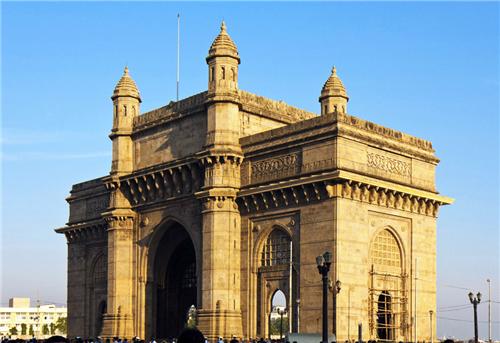 It is a fort constructed on the Worli hill in Mumbai, by the British to observe the enemy ships and pirates. And the fort was being ruined by anti social activities including the brewing of illicit liquor some years before. In 2009 the fort was treated with some maintenance works which resulted in the disappearing of the ancient looks of the fort.

The Shiv Mandir of Ambarnath, which is also famous in the name Ambreshwar Shiva Temple, is located near to the Ambarnath railway station in Maharashtra. The common believes about the temple is that, it is constructed by the Shilahara king Chittaraja and his son. Vadavan(Waldhuni) river flows calm along one side of the temple. The marvelous carvings on stone are the main architectural attraction of the spot. The Mahashivaratri is the season of festival in Ambreshwar Shiva Temple and it becomes crowded with thousands of people during this time.

These are a group of monumental caves excavated on stones. Kanheri Caves are situated in the beautiful forests of the Sanjay Ghandi national park in the western Mumbai. Borivali Railway Station located 7 km away from Kanheri Caves, is the nearest railway station to the spot. These caves are the proofs of rich Buddhist culture existed once here. The name Kanheri is a modified version of the Sanskrit word Krishnagiri. The location was famous as a Buddhist study center. It is being believed that the well known Buddhist teacher Atisha (980-1054) practiced Buddhist meditation here.

The Dadasaheb Phalke Chitranagari, in Goregaon in Mumbai was established in the year of 1977. This is one of the oldest film cities in India, provides all the facilities for the production of Indian movies. The presence of the pollution free environment and comprehensive shooting sites including different kinds of infrastructures, make this place a favorite location of Bollywood movie makers. Till the date, thousands of Bollywood movies and television programs have made here.

It is a beautiful fountain situated in the Hutatma Chowk of Dadabhai Naoroji Road in Mumbai. This roman heritage monument was erected in the year of 1864. The main theme of the building is the roman goddess flora. The beauty of water and architecture is combined here to give a remarkable experience to the tourists visiting Mumbai. The total cost of construction of Flora Fountain is calculated as, about 9000 pounds.

The Rajabhai Clock Tower, situated near to the campus of university of Mumbai, is a trademark of south Mumbai. The monument was designed by the famous English architect Sir George Gilbert Scott and the construction was completed in 1878. The tower also hosts the library of the Mumbai University.

The Knesset Eliyahoo, one of the orthodox synagogues in Mumbai city, was built in the year of 1885 in downtown of Mumbai. The centennial celebration of the synagogue was conducted in 1985. During the centennial, the President of India, Giani Zail Singh visited here as honor to this historical monument.

The Jehangir Art Gallery, in Mumbai was established in the year 1952 by Cowasji Jehangir and Homi Bhabha. All the expenses took from the beginning of the Jehangir Art Gallery was donated by Cowasji Jehangir. The art gallery is situated near to the gateway of India, in the Kala Ghoda in south Mumbai. It has four well furnished art halls. The gallery also houses one of India’s oldest licensed antique dealers, the Natesans.

Joggers Park is the famous seaside jogging track of the Bandra region in Mumbai. The park situated close to one of the recreation centers in the region, otters club, the first laughing club in Mumbai. This project was erected as a result of the efforts of Sir. Oliver Andrade. A jogging track of 400 meters provided here, is one of the major attractions of the park. Thousands of people make use of the track for their daily exercise and work out. 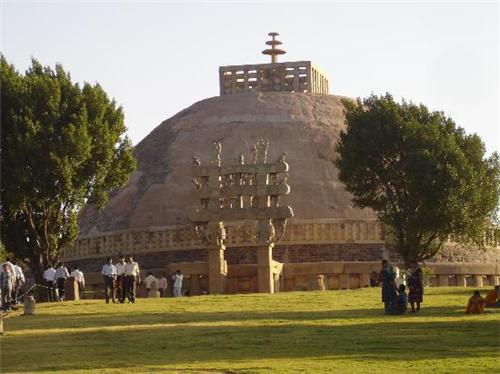 Prince of Wales Museum of Western India is the older name of the present Chhatrapati Shivaji Maharaj Vastu Sangrahalaya in Mumbai. The museum which was founded in the 20th century, is presently one of the major museums in Maharashtra. The citizens of Bombay and government together erected this museum as a remembrance of the visit of the Prince of Wales. The museum is situated near to the Gateway of India in south Mumbai. Later, during the end of the 20th century the museum was renamed after the Maratha emperor Chhatrapati Shivaji.

The Sanjay Gandhi National Park (SGNP), which was famous previously in the name Borivali National Park, is situated in the north sides of Mumbai city in Maharashtra. It has a large protected area of 104 square kilometers in Mumbai and shares 3 of its boundaries with the metropolitan Mumbai city. It is rare to see a national park existing in a populous city in India. Over 2 million visitors arrive here every year to enjoy this rare presence of flora and fauna within the boundaries of a huge city.

Shivaji Park, located in the Dadar area of Mumbai city, is considered as the largest park in Mumbai. The location was a witness to the political and social history of Mumbai, before and after the independence of India. The park established in the year of 1925 by the Mumbai Municipal Corporation and given the name of former Maratha emperor Chhatrapati Shivaji.

The Victoria Terminus is the headquarters of the Central Railways in Mumbai, India. The terminus designed by Frederick William Stevens features a Victorian gothic and traditional Mughal style of construction in its architecture. The building constructed in the year 1887 to commemorate the Golden Jubilee of Queen Victoria, is there in the list of World Heritage Sites by UNESCO. The name of this busiest railway station in India was changed as  Chhatrapati Shivaji terminus (CST) in 1996.