The Lokhandwala complex in Andheri is also famous in the name Lokhandwala. It is one of the large commercial cum residential hub in the Mumbai city of the Maharashtra state in India. The place is located about 8 kilometers away from the famous Andheri station in Mumbai. The place gained the name Lokhandwala, from the name of the construction company Lokhandwala Constructions Pvt. Ltd.
They played an active role in developing the suburb of Versova, which was a marshland in the Mumbai region. Shree Swami Samartha Temple situated near to the entrance of the Lokhandwala Complex is very famous in Mumbai. 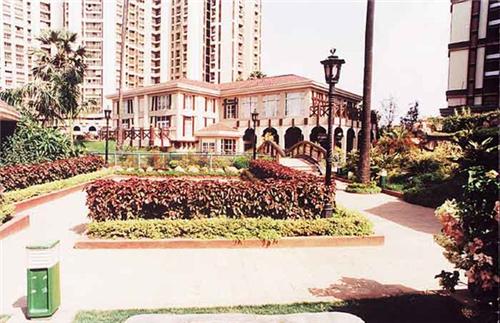 The proprietor of Lokhandwala Constructions, Siraj Lokhandwala, purchased the vast marshland in the area of Versova in 1978 with an intention to develop it into one of the posh areas in the city.
When Siraj Lokhandwala approached this project all of his friends and real estate brokers in the city discouraged him.  Presently the place is one of the most populated suburbs of the Mumbai city.
The Lokhandwala Complex is a main place where most of the well known actors and movie directors and people working in related fields to the Indian film and television industry are living. It is also one of the favorite areas to reside for the foreigners in the city. Shopping Malls, Jogging Parks, Multiplexes, Clubs and Fitness Centers are commonly seen in Lokhandwala Complex.
Apartments ranging from budget class to luxury class and well organized public transport system are important attractions of the area.  Walavalkar Park, the best park of 5000 meters and above, developed by Vikas Walavalkar is located in the area. Trains from Andheri Station reach the nearest station to the suburb, Churchgate station in half an hour and the nearest airport is located just 10 km away from the location.

The Nearby Attractions to Lokhandwala

Shastri Nagar (0.5 km), the Versova Telephone Exchange (1 km) and the Andheri Link Road are some of the finest neighboring areas of Lokhandwala. These locations host many of the commercial projects of the city.

It is one of the major real estate companies in Mumbai which is managed professionally. They began in 1978 under the leadership of Mr. Siraj Lokhandwala and played an active role in infrastructural development of Mumbai for the last three decades. 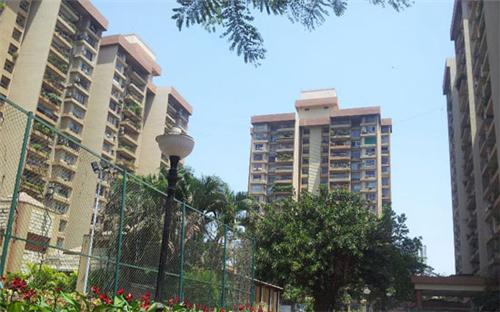 It is an 82-floor, tall building being constructed in Mumbai. The Lokhandwala Minerva is situated in Mahalaxmi area, in Mumbai. The project is under progression on a land which was a slum area before.
This high rise building is designed with two towers of 82 floors. Each of these towers  has a parking area from 2nd to 16th floor, Podium Garden on the 17th floor, residential space on 26th to 79th floor, service floor on 80th and the penthouse of 81 and 82 floors.

On 16 November 1991, a gun battle occurred at Lokhandwala Complex in Mumbai between the gangsters in the city and the Mumbai police.  Additional Commissioner of Police, Aftab Ahmed Khan and his team of policemen attacked a group of gangsters lead by Maya Dolas, who was hiding in the Lokhandwala complex.
The shootout last for four hours and called as the first day night encounter happened in India. All the seven gangsters hidden in the complex were killed in the shootout. Shootout at Lokhandwala is a Hindi movie released in 2007, inspired from the events. This crime thriller film was directed by Bollywood director Apoorva Lakhia.
Read More: Arnala Beach Resort, Kelva Beach Resort,  Resorts in Navi Mumbai,  Resorts in Mumbai for Couples