Every year since 1999 during around the month of February the city of Mumbai celebrates Kala Ghoda Arts Festival in the Kala Ghoda area of the southern part of the city. This 9-day festival celebrates over 400 multicultural events starting from storytelling, creative writing, play, charcoal art, cartoon workshop, doodle making, book swapping, workshops on various popular dance forms from all over the world, jewellery making to the paper cutting and stencil art, and whatnot. One of the main parts of this festival is creating awareness about various subjects through many heritage walks and bus rides which intend to connect the past to the present. 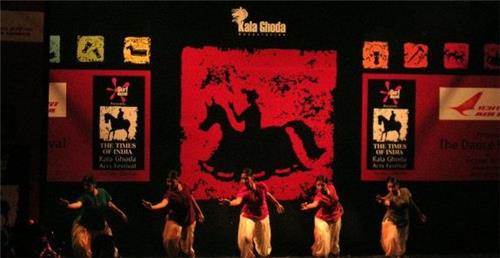 Kala Ghoda Art Festival is one of the biggest art festivals not only in India but also around the world. With each passing year, the festival has been attracting more popularity with both the national and international visitors and participants. The festival is organized by the ‘Kala Ghoda Association’ with the financial assistance of various sponsorships. The Association is a reputed Non-profit Organization which aims to physically upgrade the Kala Ghoda area of south Mumbai and to make it the Art District of the city.

The motto of Kala Ghoda Festival is to share and promote all the artistic mediums and to create awareness about some critical social issues through a plethora of workshops, events especially for the children, visual arts, dance shows, music concerts, theater, cinema, literature discussions, seminars, and lectures by the eminent personalities. The entry to the entire festival is totally free until and unless the venue is not restricted to a certain amount of audience capacity. Various gardens, exhibition halls, auditoriums, libraries get booked for the event of the festival. Usually the famous Jehangir Art Gallery, Max Muller Bhavan, K. R. Kama Institute, David Sasson Library, Elphinstone College, Azad Maidan, Honiman Circle and such other places become the major venues for workshops, shows and exhibitions. A great part of the fest takes place on the street area of Rampart Row and the area is dressed up as a vibrant fair with craft stalls, book shops, food stalls, and live sketches by some artists. 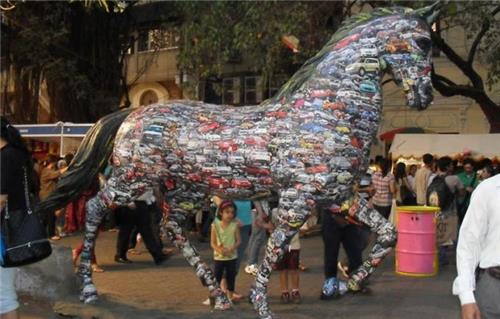 This year the Kala Ghoda Festival will experience the ties between culture and Mumbai city through many unique quests. One such subject is the ‘Public Dining History and the emergence of Irani Cafes in Mumbai’ which would uncover the twists and turnings of the culinary history of Mumbai city. The festival will also explore the historical aspects of the relationship of Mumbai and the silver screen. There will be workshop on the Academia of Architecture & Urban Planning. For the film buffs, the Kala Ghoda Festival will show some off-the-track films like Finding Fanny, Superman of Malegaon, Baji, Dhobi Ghat, Filmistan, Kajarya, Dedh Ishqiya etc. This year, the festival is commencing on 7th February and concluding on 15th February. 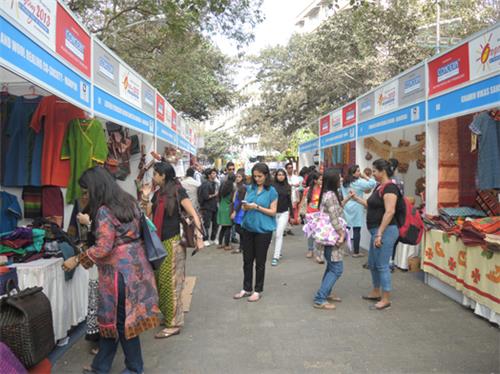 Though the festival has a very strong approach and good intention to magnify the arts, history and heritage, recently the residents of the neighboring places have been blaming for the continuous noise, chaos and the left over mess after the festival gets packed up. This year though, the organizers confirmed to be more responsible regarding the charges. The Kala Ghoda Festival pulls some thousands of both national and international visitors and participants and it reflects the harmonious nature of the artistic expressions regardless of the mediums.
Also Read: NCPA Mumbai | Lalbaugcha Raja | Kala Ghoda