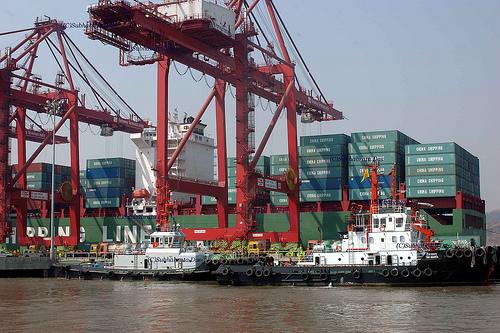 Jawaharlal Nehru Port, the most high tech and multifunctional seaport of India, situated in the southern end of Navi Mumbai, Maharashtra.
India's first fully computerized and automated harbor, the Jawaharlal Nehru port can handle even the third generation container vessels. The port is designed with facilities of three docks, which include the shallow draught dock, container carriage stations and private container terminal.
It offers marine services such as pilotage, night exploration and vessel traffic management system. Jawaharlal Nehru Port, which is also known as Nhava Sheva is one of the most advanced ports in Maharashtra.
The port was established to improve the shipping capacity in Mumbai and to supply  an alternative to merchants who wish to save octroi charges applied by the Brihanmumbai Municipal Corporation. Jawaharlal Nehru Port trust (JNPT) also provides daily ferry service to Gateway of India.


History of the Jawaharlal Nehru Port

Jawaharlal Nehru Port, located near to Navi Mumbai was established by hiten maturer, on the Konkan 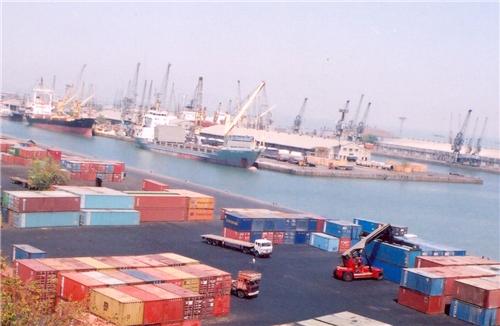 mainland. It was inaugurated on 26 May 1989. It is one of the largest ports in the world. Nhava Sheva Port is run by the Jawaharlal Nehru Port Trust, a corporation completely owned by the Government of India. It also enabled importers to avoid the octroi tax on goods for entering Mumbai city by the Municipal Corporation of Mumbai.
Jawaharlal Nehru harbor foundation was originally planned to open in 1965. The original plans anticipate the port to use for the importing of the food grains, since India faced an exceeding food shortfall during the time. But after the Green Revolution in India, the country gained enough food grain production, so the plans for the port was changed. According to the new plan the main intention of the port was container trafficking. The closest suburban rail heads to the location are CBD Belapur and Panvel.

Facilities at the Jawaharlal Nehru Port 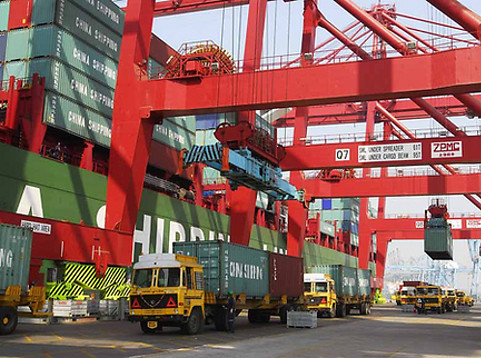 The Nhava Sheva International Container Terminal (NSICT) is leased to a corporation led by P & O, which is now a part of DP World. It has a 600 meters (2,000 ft) quay length with two docks. It can stem up to 15.6 million tons of cargo.
NSICT was India’s first privately managed container terminal. The Gateway Terminal (GTI) has been leased to a consortium of APM Terminals and the Container Corporation of India. It started operations in 2006 and the port mostly handles crude imports and refined petroleum products exports at its 2 docks.

Other activities in Jawaharlal Nehru Port

The Jawaharlal Nehru Port (JN Port), India’s largest gateway to container trade has given significant contribution to the development of the country and the state. Some of them are mentioned below:


Where It is Located?

Jawaharlal Nehru Port is located at the eastern end of Mumbai in the Nhava Sheva area of Maharashtra. Jawaharlal Nehru  Port’s approach channel is an extension of the Mumbai harbor’s main channel from the south of Jawahar Dweep Island. The Elephanta Island is visible from the one side of the port, while the Nhava and Sheva islands are located at the opposite side. Jawaharlal Nehru Port lies towards the east side of the famous Mumbai Port.
Also See: Aravind Hospital | Occupational Therapy in Mumbai | Wockkhardt Hospital | Agrawal Hospital