History of BEST Buses in Mumbai

How often have we seen the many aspects of Mumbai in our favourite Bollywood films and how many times have those Mumbai scenes portrayed the ‘BEST’ buses, conspicuously or inconspicuously, somewhere in them?
Since early childhood, most of us have been avid admirers of the myriad ways in which filmmakers have depicted the beauty of Mumbai, but the one thing that serves as the common link between all of them is the Brihanmumbai Electric Supply and Transport – or BEST, as it is popularly known as.
Services of this civic body are integral to the city of Mumbai and it takes just a whiff of curiosity to try and know more about this government undertaking. 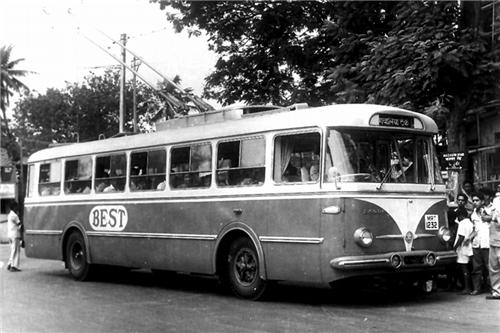 Timeline - The birth of BEST

Believe it or not, it was the little known tram service in Bombay that became one of the earliest precursors for the BEST company. A simplified timeline of the events that led to the creation of the present day Brihanmumbai Electric Supply and Transport, is presented below –

1873 – The responsibility of operating trams in Bombay was handed over to the Bombay Tramway Company Limited. This decision, made by the state administration, was lent an official look with the enactment of the Bombay Tramways Act, which came into existence in 1874.

1882 – Commercial activities were gradually gaining ground in the city of Bombay by this time, and provisions of electric lighting for Crawford Market – one of the most famous areas in the city in the olden days – were being discussed at several levels.
Eastern Electric Light and Power Company came into the picture, as the major provider of electricity for the Crawford Market area, and the Bombay Municipality formalized the company’s initiative via an agreement signed that year.
This, however, turned into an ephemeral arrangement as Eastern Electric found itself meandering into liquidation the very next year, forcing the Crawford Market to resort to gas based lighting once again.
This failed experiment on electricity provision, subsequently became a talking point in Bombay, and various groups and associations set in motion their plans to find long lasting solutions to this problem.

1899 – By this time, the issue of robust provisions of electricity in the various parts of Bombay had snowballed into a popular demand. The public clamour forced the Bombay Municipal Corporation to take over the Bombay Tramway Company, and initiate services of electrically operated trams.

1904 – The growing demand for electricity provided the ideal motivation to British electric suppliers to venture into the hitherto uncharted territory of Bombay.
This year, the British Electric Traction Company came forward to obtain the all important monopolistic license that would enable it to provide electricity to the city – this license, later named as ‘Bombay Electric License’, was handed over to the company, jointly by the B M C and the Bombay Tramway Company in 1904.

1905 – The harmonious commercial association of the British Electric Traction Company, the Bombay Municipal Corporation and the Bombay Tramway Company resulted in the creation of the Bombay Electric Supply and Tramways Company Limited, abbreviated as B.E.S.T.
This newly formed commercial entity was subsequently entrusted with the task of operating the electric tram service, and provide electricity to Bombay.

While buses may have become one of the most popular modes of transport in the city today, they were considered to be exclusively belonging to the affluent classes during the first half of the 20th century.
The idea of the inception of the motorised bus service had been promulgated at various levels inside the decision making chambers of BEST since 1913, but the lack of infrastructure and financial resources pegged it back for quite some time.

After several rounds of official deliberation, the bus service in Bombay became a reality in July, 1926, - even though it did not become an instant hit, the new mode of transport in one of the most densely populated cities in India did create quite a stir among various classes of people.
This tuned out to be one of the most landmark moments in the history of the company, for it was at this point that BEST, in an attempt to remain afloat amid worldwide financial doldrums, decided to widen the ambit of the bus services and bring down the fares by a considerable extent.
Also See: Transportation in Mumbai 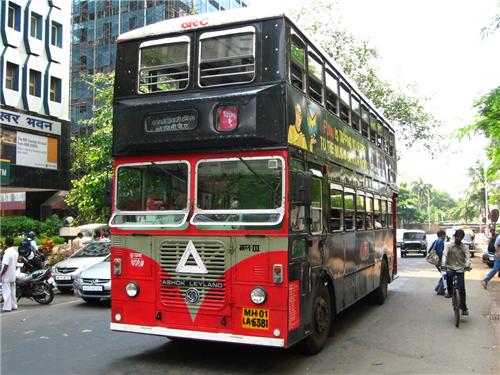 BEST in the Contemporary Era


Facts you should know about the present day buses of BEST