The Geography of Mumbai

Call it- ‘Aamchi Mumbai’, ‘Majha Mumbai’, ‘Mumbai Meri Jaan’ or ‘City of Dreams’. Mumbai is a city which every Indian and tourist from across the world, wants to visit for at least once in a lifetime.
Originally formed as seven different islands situated on Salsette Island off the shore of Maharashtra, according to the historical evidences.  They were compound in the 18th century to form one large island- Mumbai. These novel seven islands of Bombay actually consisted of 22 hills, out of which some hills are still standing today.
Above mentioned all the hills stand within the city limits and give Mumbai a perfect picture to look around. Most of the hill ranges were razed to fill in the shallows in order to connect the islands to form a single one.

Mumbai city, formerly or popular as Bombay is reportedly once and again the most populous city in India and the fourth most populous one across the world. 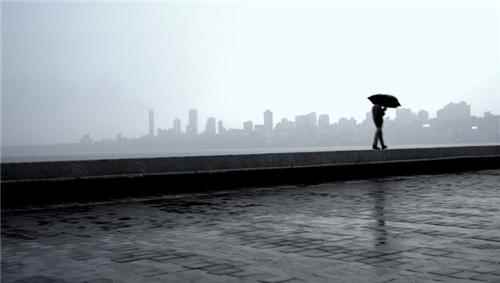 The earlier mentioned seven islands were the homes for the communities belonging from the fishing colonies. According to several historical sources, the islands were under control of successive indigenous empires for many-many centuries, even long way before Portuguese and Britishers invaded through the coasts.

The Geographical Beauty of Mumbai

It is being already mentioned that many years ago, Bombay was formed by the merging of seven islands consisting of 22 or so hills during the 18 century. If we are talking about the hills and their ranges, so let’s start with more details. 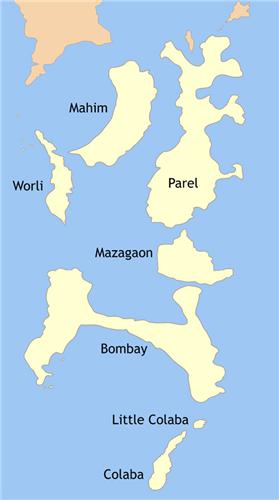 Geographically, there are three hill ranges within the city limits namely the Ghatkopar Hills which are present near the station of the same name.
This particular hill range runs parallel to the Central Railway track of India and is completely inhabited by slums. Secondly, the Trombay Hills which occupy a huge portion of the area known as Trombay that lies on the eastern part of the city.
And lastly, the Powai Hills- which are located in the northern part of the city Mumbai and consist of large and famous lake of the same name- Powai.
Also the Vihar and Tulsi Lakes are present withi the hill ranges. The Borivali National Park occupies most of the region. So, in total there are three lagoons in the city viz. Vihar, Tulsi and Powai Lake.
Both the former ones are located within the National Park and the latter one is directly south of them. The Highest hill amongst the all is about 302 metres above the sea level.

Mumbai has been always famous and favored for its pleasant weather as the city lies under the monsoon belt of India. Mumbai is famous for its rains and rains. There are also many rivers in Mumbai of utter importance namely.
Talking of Bay and creeks Black Bay is the largest bay in the city and Mumbai has numerous mangroves  and creeks along its coast such as Vasai creek, Thane creek, Malad creek to name a few.

After so many census reports, Mumbai is one of the most populated cities in the world holding first and fourth positions in India and world, respectively.  This business capital has given shelter to more than 13000000 people (figures mentioned according to the latest reports estimated back in the year 2012).
The population of Mumbai has grown rapidly in last 20 years like every other metropolitan cities in India.  It is also speculated that in the coming 20 years, the population of Mumbai will reach 10 times more than its figure back in 1950.  Keep all the reasons at one side or the other, Mumbai will still be one of the best amongst the metros in India and remain as the ‘city of dreams’.
Also See: Late Night Food Destinations in Mumbai | Offbeat Restaurants in Mumbai | Parsi Cafes in Mumbai | Dhabas in Mumbai | Cafes in Mumbai | Breakfast Options in Mumbai | Indigo in Mumbai | College Food Joints in Mumbai