Beyond the architectural world of high rise buildings and the wonders of the world exists a hub that houses the growing community of migrants who gave the city of Mumbai its cosmopolitan flavor and this dwelling of the working class became the 'Chawl'. 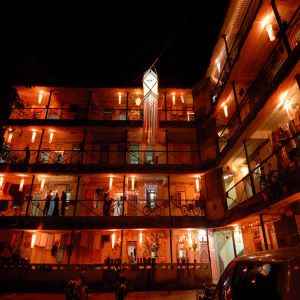 A chawl is translated from the Marathi word 'Chaal' which means a room fronted by a corridor. Chawls are either linear shaped with a common corridor aligned with adjacent placed rooms or a C or U shaped building with 3- 5 stories built with a common toilet, washing area and a balcony.
The similarity between chawls on an architectural note is the shared balconies which acts like a common corridor. The corridor in the front of the house acts as an entry door and the corridor in the back provides a common passage to access the sanitary facilities.
In case of a housing unit with two rooms, the first room is treated as a living room and sleeping room , and the second room is devoted for kitchen and utilities shared even as a study room. 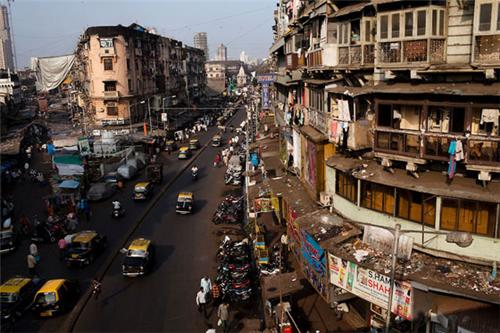 A chawl stimulates interaction and is considered as a bridge to gap between the communities. Chawls also occupy a major role in the Bollywood industries with many who were brought up there to the ones who shot some masterpieces like Vaastav, Bunty aur Babli and the worldwide blockbuster "Slum-dog Millionaire".
A total of 207 chawls are located at Sewri, Naigaon, N.M. Joshi Road (Delisle Road) and Worli in south Mumbai.
Which is the biggest chawl in Mumbai?
Dharavi is a locality in Mumbai, Maharashtra, India, considered to be one of Asia's largest slums. Dharavi has an area of just over 2.1 square kilometres (0.81 sq mi; 520 acres) and a population of about 1,000,000.
Some chawls exist under the BDD (Bombay Development Directorate) or BIT (Bombay Improvement Trust) Some of the other areas that are well known for a small town in itself i.e. 'Chawls' are listed below:
If you are not aware then there are few celebrities who have emerged from these chawls like; Jackie Shroff, Vinod Kambli, Mahesh Manjrekar and more.

But on the account of structurally weak chawls and the need of urbanization and redevelopment required in Mumbai, Chawls are becoming extinct and are a major target for the developers and builders.
Nevertheless, on account of those who shifted from Chawls to flats do enjoy a better, hygienic living environment but the social life has literally come to an end where the ex-chawl residents miss the evening talks, balcony to balcony gossips and the festivals celebrated in togetherness.


Explore more about The Geography of Mumbai