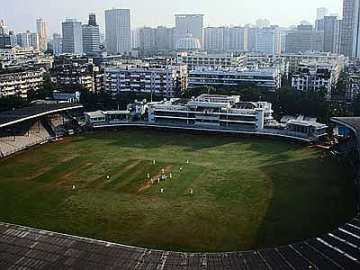 Established in 1937, Brabourne Stadium in Mumbai is one of the oldest stadiums in India which is also the first permanent sporting field in the country. The stadium is owned by the legendary Cricket Club of India.

The Maharaja of Patiala after being discriminated as an Indian by the British cricket authority at the Bombay Gymkhana while watching a test match, vowed to make similar arrangements for the Indian cricket admirers.
His desire was carried forward and with the help of the officials of the Board of Control for Cricket in India (BCCI) the Cricket Club of India was formed in 1933.

The Secretary of CCI Anthon de Mello who was also the secretary of BCCI negotiated with the then Governor of Bombay Lord Brabourne about a cricket stadium and eventually handed over with a 90,000 square yards and the foundation stone of the ground was laid on may, 1936.
Eventually expected stadium was built in 1937. At the kind suggestion of the Maharaja of Patiala to honour the founder, the stadium was named after the Governor Brabourne.

The registered office of the CCI was in New Delhi but the members of the from that point of time Mumbai was considered as the Home of Cricket in India club chose to build the cricket ground in Mumbai.
Initially the Brabourne Stadium had the capacity of around 20,000 spectators with the facilities of pavilions, swimming pool and tennis courts.  The first match this stadium witnessed was between the CCI and the Spencer Cup XI though the ground was not done completely at that time.
The first official match in the stadium was played by CCI XI and visiting team Lord Tennyson’s XI on the inauguration day on 7th December, 1937.  Though the Brabourne stadium hosted several Ranji Trophy matches since 1938, the first international Test match was played at this ground in 1948-49 during a home series against West Indies.
Vijay Hazare’s devastating 309 in 1943, Ajit Wadekar’s triple century during the 1966-67 seasons, and Sachin Tendulkar’s first double century of his first-class cricket career and Virender Sehwag’s 293 were some evergreen performances those are observed by this stadium.

From 1972 onwards the importance of once famous Brabourne Stadium started decreasing following some major disputes between the CCI and its tenant the Bombay Cricket Association (BCA) on seat allotment.
The work for the new stadium was guided by the then BCA President S. K. Wankhede and the new stadium was named after him-the Wankhede Stadium. This new ground literally snatched away all the glory once it boasted of.
Since then all the international matches were played at the Wankhede Stadium until 1989. In recent times, the Brabourne stadium started to regain some past glories.

Besides having some ODIs and Test matches, Brabourne gets slotted for some warm-up matches of the visiting international teams. But after a long hiatus of 11 years, Brabourne stadium was slotted five ODI matches including the final during the 2006 ICC Champions Trophy.
The ground was revamped with floodlights and some other necessity equipments. Importantly, the first Twenty20 International match in Indian soil was played here at the Brabourne in 2007. Currently, the stadium hosts the matches of the Indian Premier League (IPL). 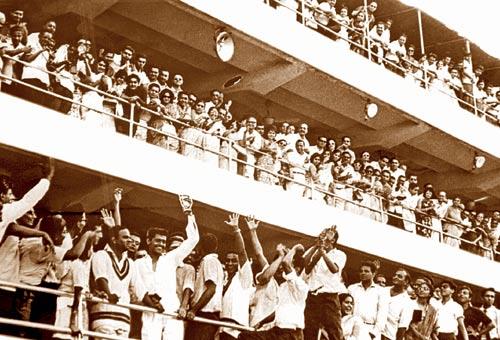 Fact-O-File about the Brabourne Stadium:


Explore more about Sports in Mumbai