The "Babulnath Shavite temple", having a rich heritage is located near Girgaum Chowpatty in Mumbai. This is a very old temple and  has got a 1,000 year hoary history. This temple is situated 1,000 feet above sea level and is a very tall temple. The temple is named after the “Babul tree”, a type of acacia tree native to India.

Shiva in the form of the “Lord of the Babul tree”, is the main deity of this temple. The temple is visited by lakhs of  devotees on “Mahashivratri” and in the month of “Shravan”, of the Hindu calendar. The 1st Babulnath temple, was built in the year 1780 AD and the prime idols of the temple were consecrated by the then reigning  King, King Bhimdev of this region. The other idols in the temple are Lord Ganesh, Lord Hanuman and Goddess Parvati.

A stone lingam of Lord Shiva is worshiped here, and the main worship day is Monday. The closest rail head for this temple is Marine lines, belonging to the Western Railways. 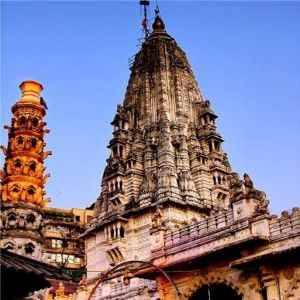 History of the Babulnath Temple

About two centuries ago, where the temple of Babulnath is situated, originally belonged to a rich Goldsmith, named Panduranga. He owned a lot of cattle , and they used to graze in those grasslands. Being rich pasture, the caretaker Babul had no work, regarding the cattle.
Babul noticed that a cow named, Kapila stopped giving milk. On further inquiry, Babul noticed that the said cow, Kapila before coming home used to put out all her milk at a certain point.

Babul reported the matter to his master, Panduranga. This made the master curious and on the next day he followed the cow Kapila. On reaching that particular spot he saw that the cow, Kapila put out all her milk. Upon  reaching that spot, Panduranaga saw  a huge "shivling”, lying on the ground and that is the same hallowed spot, where the temple has been built.


Features  of the Babulnath Temple

There is fine “art work”, on the walls of this temple, which makes its unique and many famous, Bollywood films, were shot in the temple precincts, the latest one being “Agneepeeth”. In the year 1900 AD, a 1,000 feet high spire was added to the temple.

Famous Bollywood stars, visited this temple and it was a favorite of the Late Raj Kapoor, the famous star of yesterday years.

Each day many devotees come here with milk and water, to be poured on the Shiv- linga. Lord Shiva’s carrier, is the “Snake”, and Lord Shiva carries the snake round his neck and pours water from his head. He has got a 3rd eye, in the middle of his forehead. When you enter this temple, it gives you an illusion of “Mount Kailash”, the eternal home of Lord Shiva. Mahashivratri festival, is celebrated on a grand scale in this temple, and Mumbaikers are proud of this ancient temple and the history entwined with this temple.