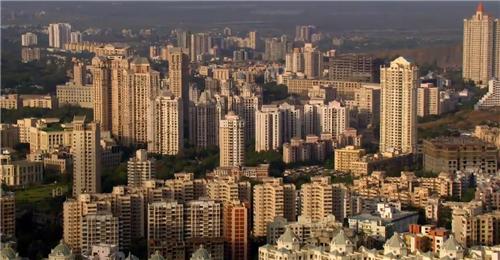 The Mumbai city, in Maharashtra state in India is also known by the name "Bombay".
Mumbai is the capital of Maharashtra state and the most populous city in India as well.
Mumbai holds the fourth position in the population wise ranking of cities in the world.
The city of Mumbai, situated on the west coast of India, facing the Arabian Sea, also hosts one of the popular harbors in India.
The economy of the city is very high in comparison with other Indian cities and the city also posses the highest gross domestic production rate in South Asia. Mumbai is known as the commercial capital of India and also have a place in the list of world’s top ten commercial centers in terms of global financial flow.
The city of Mumbai hosts many of the popular financial institutions of India, such as National Stock Exchange of India, Bombay Stock Exchange, Reserve Bank of India, and the headquarters of famous Indian companies and international organizations.
The production of Bollywood movies and Marathi film industry mainly revolves around Mumbai and its suburbs. People from every sides and cultures of India are commonly seen in Mumbai.

Origin of the Name "Mumbai"

The name Mumbai was evolved from the name of the Kali Goddess,  and the Marathi word "Aai", which means mother. During ancient times the city was also called in names like Akamuchee and Galajunkja.
European writer Gaspar Correia called Mumbai as Bombain in his book "Lendas da India" in 1508. After the British took the control of Mumbai in the 17th century, they changed the name into Bombay.
The city has started to be called as Mumbai or Mambai during the second half of the 20th century by the people speaking regional languages such as Marathi, Konkani, Gujarati and Kannada.
In November 1995, the name of the city was confirmed as Mumbai in English and this was a result of the compilation and protest by some unions in Maharashtra.
Read the complete Story behind the name Mumbai here. 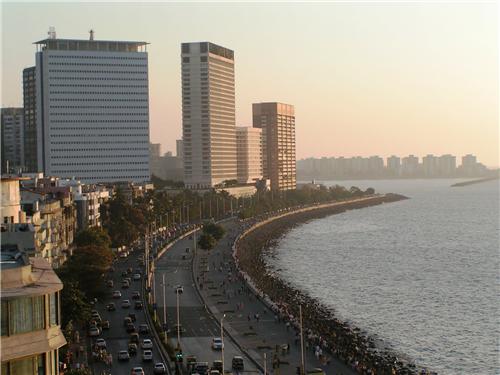 Mumbai city is built on 7 islands, which are considered as the main landscapes of Mumbai.
Bombay Island, Parel, Mazagaon, Mahim, Colaba, Worli, and Old Woman's Island (also known as Little Colaba) are these islands or constituents of the Mumbai city.
It has also been believed that during the beginning of the Common Era, the Koly fishing communities have started to live in the islands and outskirts of Mumbai city.
One of the major attractions in the present Mumbai, the Kanheri Caves in Borivali were excavated in the mid third of BC era and considered as the center of Buddhism in the west sides of ancient India.
The city has undergone the ruling of many empires during the ancient times and the monuments present in Mumbai like Jogeshwari Caves (9th century), Walkeshwar Temple (10th century), Elephanta Caves (between the sixth to seventh century), Banganga Tank (12th century) is proof of this.

Portugal and Britain are the important two European countries ruled Mumbai during the colonial era. The Madh Fort in the northern Madh Island of Mumbai is considered as a footprint left by the Portuguese when Mumbai was under the control of Europeans.
On 1534 December 23 sultan Bahadhur Shah of Gujarat sultanate and Portugal signed in a treaty which is known as the treaty of Bassein. According to the treaty of Bassein the Portuguese gained the control of the Bassein town, its territories, islands, and sea.
St. Michael's Church at Mahim (1534), St. John the Baptist Church at Andheri (1579), St. Andrew's Church in Bandra (1580), and Gloria Church at Byculla (1632), are the famous churches in Mumbai built by the Portuguese missionaries during their regime.
They also built some forts in Mumbai. The Bombay Castle, Castella de Aguada, and Madh Fort are mentioned as the major forts built in Mumbai by the Portuguese. Britain was also interested in Mumbai.
During the second half of the 17th century, by the marriage treaty of Charles II of England and Catherine of Braganza, daughter of King John IV of Portugal, the control of the islands in Mumbai were handed over to the British Empire, but Salsette, Bassein, Mazagaon, Parel, Worli, Sion, Dharavi, and Wadala continued under the control of Portugal.
Some of these islands were acquired by Britain and later the Portuguese regime vanished from Mumbai when the Marathas captured Salsette in the year 1737 and Bassein in 1739.
Bombay has started to become the main commercial center during the 18th century and a huge growth in the population of the city happened as people from different regions of India started to migrate to Bombay.
Later by the conditions in the Treaty of Surat (1775), the Treaty of Purandar (1776), and the Treaty of Salbai (1782), Britain formally took the control of Salsette and Bassein from the Marathas. The city also witnessed events like quit India movement and The Royal Indian Navy Mutiny during the British ruling

After India gained independence in the year 1947, the regions under the Bombay Presidency were combined to form the Bombay state. So many native states of Indian union combined with the state of Bombay to expand the area of the state.
Afterwards, the city became the capital of Bombay state. The Greater Bombay Municipal Corporation was formed in April 1950 by merging the boundaries of Bombay with the suburban districts.
The Samyukta Maharashtra movement was formed in 1950s and they started to argue for the separation of Marathi when the States Reorganization Committee was planning to form a Maharashtra - Gujarat bilingual state. On 1st May 1960 Bombay State was reorganized on a linguistic basis.
During the past decades a huge expansion and development occurred in the city and its suburbs including the development and reclaim of Nariman Point and Cuffe Parade in 1960, the formation of Bombay Metropolitan Region Development Authority (BMRDA) by the government of Maharashtra in 1975 for the better organization of the progressive activities in the city, and the formation of the sister township of New Bombay.
For the last two decades the city had to witness some aggressions like the Hindu-Muslim brawl in which 1000 people were killed during 1992-93 years, explosion in one of the commuter trains in Mumbai in 2006, and terrorist attack for three days by armed terrorists resulted in the death of 173 people in 2008. Presently Mumbai is the largest city and trade center in India.

A tropical climate is observed in Mumbai throughout the year, where seven months of the year show dry weather and a peak of rain is observed in the month of July. From December to February is the season in Mumbai with chilled climate and from March to June is the time of the summer season.
South west monsoon season in Mumbai starts in the month of July and it lasts till September when October to November is the post-monsoon season. The maximum rainfall reported in Mumbai till the date is 3452 mm in 1954.

The largest civic administrative department in India, Brihanmumbai Municipal Corporation (BMC) is considered as the reasons behind the convenience experienced by the people reside in the city of Mumbai.
The Bombay High Court and Mumbai police department manage the law and order administration of the region. There is a semi autonomous traffic police department working in Mumbai for the effective control of road traffic.

The Mumbai suburban railway system is the strength of Mumbai’s public transport system. About 6.99 million commuters use the Mumbai suburban railway system for traveling every day, which is said to be the highest passenger density of a railway system in the world.
The second largest airport in India, in terms of no. of passengers per day is the Chhatrapati Shivaji International Airport in Mumbai.
The black and yellow colored Premier Padmini Taxi was the trade mark of Mumbai roads but now a day’s it is becoming less common. A metro rail system is being developed rapidly in the city to avoid the congestion in commuting trains of the city. 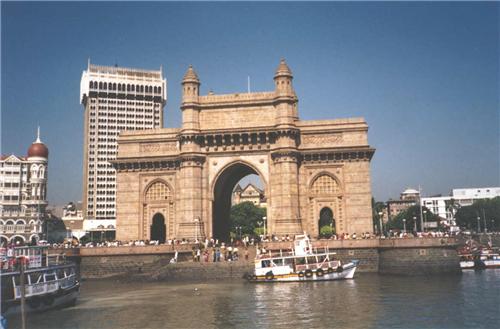 Mumbai is commonly called as a meeting spot of different cultures. Its rich culture consists of traditional festivals, arts, dishes, and music.
People belong to various religious communities and linguistic communities live here in harmony.
There are so many old libraries working in Mumbai. The Asiatic Society of Bombay is an example of this. S
ince the city is the birthplace of Indian cinema, it hosts a no. cinema halls. The Mumbai International Film Festival conducted every year in Mumbai features movies with aesthetic values from different languages. Holi, Diwali, Ganesh Chaturthi, Christmas, are all celebrated with equal fervour.

There are two types of schools in Mumbai. The schools under the control of BMC and schools run by private trusts. Most of the schools in Mumbai are affiliated to the Maharashtra State Board, All-India Council for the Indian School Certificate Examinations or the Central Board of Secondary Education.
BMC runs 1188 municipal schools in Mumbai but these schools are behind in the case of facilities when compared to the private institutions. Most of the colleges in Mumbai offering UG and PG courses are affiliated to the University of Mumbai.
The IIT Bombay (Indian Institute of Technology), University Institute of Chemical Technology (UICT) and the Veermata Jijabai Technological Institute (VJTI) are the famous technological institutions working in Mumbai.


The Happy Life of Mumbai

Mumbai is such a large city in terms of population and the city includes every kind of people. However, the new visitors to the city are required to take some safety measurements to have a safe and convenient time in the city.  There is no doubt in having an amazing and wonderful life in Mumbai.
Read More
10-Best-Honeymoon-Destinations-in-Maharashtra, Amusement-Parks-in-Mumbai, Adventure Sport in Mumbai, Fashion Stores in Mumbai,